Kenyan youth take lead in the fight against FGM

Ruth Wanjira remembers vividly the day she underwent female genital mutilation. She was then aged 16. Wanjira had come from school when her mother informed her that she had to undergo the cut. “I was hesitant. But the women who came in large numbers into our homestead couldn’t allow me to escape. I knew it was my time to face the cut,” she says. The now mother of three says she was immediately forced to drop out of school and got married about a month later.

Sarah Karimi’s story is not any different. Just like Wanjira, Karimi was cut when she was 16. “It was my choice. I did not see anything wrong with it,” she says. The now 32-year-old business woman in Kirima Nkari, Tharaka Nithi County is an anti-fgm champion in the region, sensitizing the locals on the dangers of the practice. Many young girls, just like Karimi willingly choose to under female circumcision citing cultural reasons.

Halima Hirbo, an anti-fgm activist in Marsabit county says many parents believe that the practice prepares their daughters for married life. “They wonder why I am denying their girls an oportunikty to undergo what is culturally beneficial,” says Hirbo who is also the chairperson of the youth anti-fgm network in the county.

Today, over 200 million girls and women alive today have been cut in 30 countries in Africa, the Middle East and Asia where FGM is concentrated, according to the World Health Organization.

As the world marked the International Day of Zero Tolerance for Female Genital Mutilation 2020 on Wednesday, emphasis was put on young people to lead the fight. Speaking at the Kenya national celebration event in Isiolo, Monika Sandvik- Nylund from UNICEF Kenya Country Office expressed confidence in young people, saying they were in a better position to fight FGM.

“Today youth are more educated than ever, are more receptive to change and more likely to disapprove FGM than their elders, said Monika.

According to Monika, it is the young people’s decisions, their voices and actions that will make all the difference as we enter the last decade of (2030-2030) of going to zero FGM in the world. “Young people are engaging their peers, their families, their communities and their government as never seen before.”

Over 50 young people representing the youth anti-fgm network in Kenya led a caravan to speak to their fellow youth on matters FGM. Using football tournaments and discussion forums organized by the United Nations Population Fund (UNFPA) Kenya, they held sessions with their peers in Meru, Isiolo, Embu and Samburu counties. 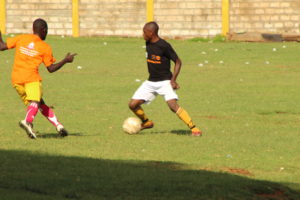 In a communique to the government of Kenya and the UNFPA, the youth anti-fgm network urged the authorities to include young people in governance by appointing a youth representative to the anti FGM board. They also demanded facilitation and support for innovations and strategies towards ending FGM by 2022.http://<iframe width=”560″ height=”315″ src=”https://www.youtube.com/embed/qagos6R0-zY” frameborder=”0″ allow=”accelerometer; autoplay; encrypted-media; gyroscope; picture-in-picture” allowfullscreen></iframe>

Rumana Isaac, the national assistant coordinator for the youth anti-fgm network says educating the perpetrators of FGM and holding dialogues with them will be a sure way to address the practice. She opines that in

volving the youth in the fight against fgm is a very powerful approach. “As a young person, I am inspired by the fact that I cannot stand seeing another girl go through FGM. I want to be remembered for standing up for the girls who cannot speak for themselves and being the voice of the voiceless,” she said.

Joel Mwita, chairperson, youth anti-fgm network-Kuria Chapter believes that young people have the energy and zeal to engage different stakeholders in the fight against FGM. “The youth have the powers to pass this fight across generations. If they say no, it is no and their children will be safe because the youth are the backbone in any community,” he said. According to Mwita, a lot needs to be done if the country is to realize President Uhuru Kenyatta’s directive to eradicate FGM by 2022.

United Nations Population Fund’s Country Representative Dr Ademola Olajide welcomed the president’s directive urging different stakeholders to shift their focus from interrogating the directive but instead work towards making it happen. “Our responsibility is to come together to do what we can do to ensure that by 2020 we are that generation that celebrates the end of female genital mutilation,” said Ademola.

Todate, half of the 28 countries where the practice is prevalent have introduced legislation forbidding it. A further seven countries have incorporated anti-FGM legislation into their constitutions or criminal laws. But the vice continues to be practised secretly in some communities.

Chef Administrative Secretary in the Ministry of Youth and Gender Rachel Shebesh warned local administrators compromising the fight against FGM. “If we wanted to end FGM, we only need to implement the law. I am warning chiefs and assistant chiefs who allow or fail to report FGM cases from their communities. You will be arrested, together with the perpetrators,” she warned.