Teen mothers living in informal sector face many challenges as they struggle to raise their children amidst poverty and stigma.

Youth Impact Hub, a community Based Organisation in Kibera has come in to assist them shoulder the role as young parents by baby siting for the teen mother to give them time to go school or work to provide for their children.

Agnes Achieng is one of the girls getting free babysitting services from the Youth Impact centre, she got pregnant before completing her Kenya Certificate of Secondary Education (KCSE). She had dropped out and only went back to school after the organisation discovered her and gave her an opportunity to bring her child to the center where she would be fed and taken care off while she was in school. 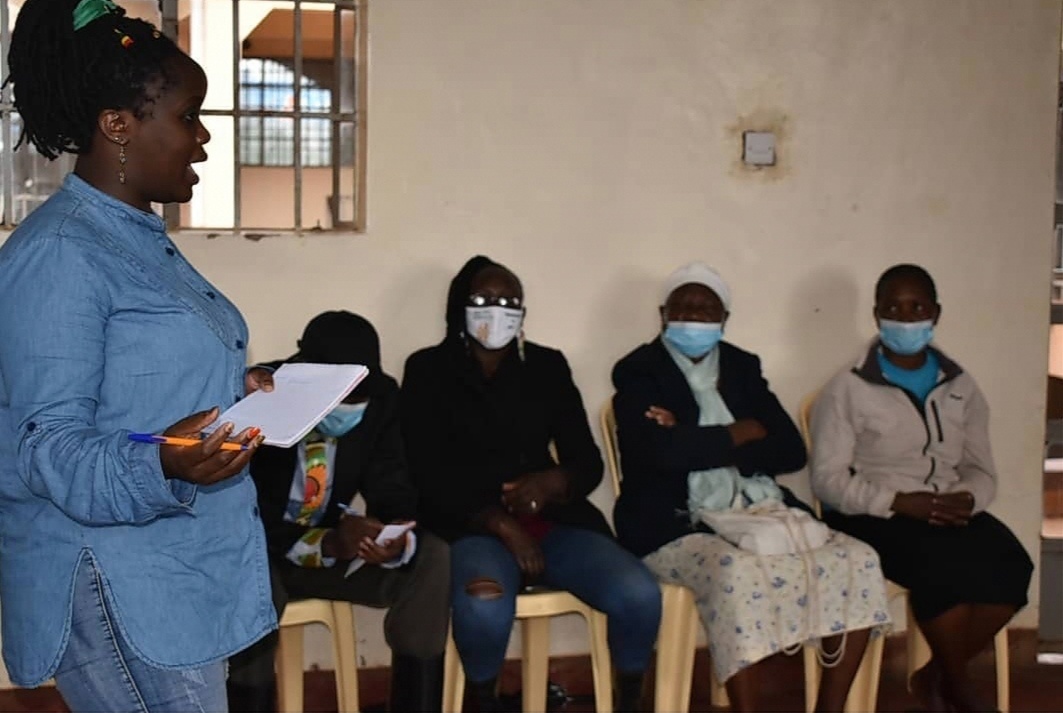 Jack Miduma, one of the Co-founders of the Youth Impact Hub in Kenya says the eight-member organisation was founded to help young girls who had gotten unintended pregnancies. They offer to baby sit the children in their organization as the young girls go to school, the girls later go to pick them up from the center after they come home from school

“I would be very happy if more people could just have the heart to help these young teenagers, even if it’s just one teenager, positively impacting the youth saves them, from dropping out of school and ultimately end up in crime or prostitution,” says Miduma.

To prevent the teenagers from getting unintended pregnancies again, the Youth Impact Centre invites professionals to speak to the girls about contraceptives, in addition to that, the girls know that they have to take their education seriously failure to which they risk losing an opportunity the privilege they have. So far, none of the girls take in have fallen pregnant again.

“We have to work hard especially now that I have a child depending on me, we are expected to submit our results slip at the end of every term, I wouldn’t want to fail because I don’t want to lose the free babysitting services.” Says Christine a17-year-old, who is currently a student at Mano educational centre who also benefits from the free babysitting services. Christine says her performance has actually improved and she feels she is in a better place because of the support.

The youth Impact center has several people from the community who actually even book to volunteer and baby sit the children among others. Miduma says one of the major limitations is having to turn other teenage girls down because of funding, currently, they he says their hands are full, but he is hoping that in future they will be able to afford more, despite this explanation, some people feel rejected like they don’t want to help which is not the case. One of the other limitations is that sometimes the girls want them to chip in in their school fees but sometimes there isn’t enough money especially since their top priority is ensuring the babies are healthy, fed, have diapers.

According to a report by the World Health Organization. Approximately 12 million girls aged 15–19 years and at least 777,000 girls under 15 years give birth each year in developing regions.

Irene Awuor, recommends that support is usually very important and urgently needed, especially for the young girls who might begin to struggle with feelings of hate towards themselves because of how people treat them

Irene Awuor, a psychologist and counsellor at Childline Kenya, “Life in the slum is not a walk in the park, especially due to the economic burden placed on the girl child, many end up accepting sexual activities with different men, some might even get into prostitution to earn quick money without thinking of how it could possibly lead to unintended pregnancies and HIV/AIDS.

“It is extremely important to show love and support because, teens during pregnancy appear to be at increased risk of high blood pressure, anemia, and premature birth, having low birth weight babies and experiencing postpartum depression,” says Awuor.