Kibera man leading the fight against gender based violence

Chinaman is a Master of Ceremony and a Human Rights defender in Kibera and its environs. He is a champion against Gender Based Violence.  As the World Marked the  International Day for the Elimination of Violence Against Women, our Reporter Christabel Adhiambo spoke to Chinaman who shared his journey in the fight against GBV.

I am Musila Muisyo popularly known as Chinaman. Am also an electrical engineer, a human right defender, a fighter for social justice, a resident of Kibra as well as a student of conscious. I am passionate about leadership and good governance.

I was called Chinaman by my Australian friends and then local friends got into it and eventually everyone liked the Chinaman MC.

How do you manage being an activist, engineer and mc at the same time?

First is prioritizing and planning in time. I spent five years learning engineering. I didn’t let anything to overstep the other; so I didn’t leave school to be a human right defender. Fighting for the community was fulltime, sometimes I referred cases to other people or organizations. 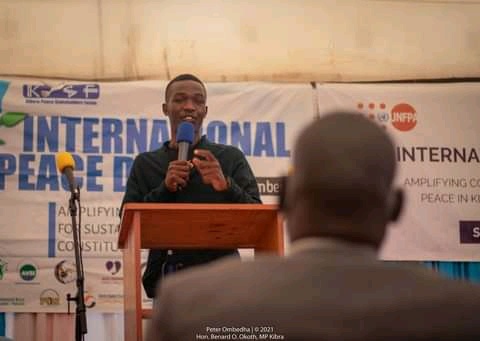 What triggered you to be a gender based violence activist?

I am a believer of social justice. Society must be just and everyone should live a dignified life. I have not been affected directly by any form of gender based violence or anyone close to me. Just because I live in a community that is affected by such vices, It is important for me to be a champion against the same so that there will be no continuity of the same. When it started it was a story that I heard from people and I was disturbed but now I know some people who have been affected and that is a social injustice I can’t tolerate.

In your opinion, is the society doing enough to address gender based violence?

I think there are a lot of initiatives to help overcome gender based violence, but I think we also got it wrong because our focus is not the problem, our focus is on the victims and the perpetrators, who are always missing.

Where do you get funds for your campaigns?

You don’t need funds to fight injustice, you just need to amplify your voice and if you can condemn it on the spot it will end. You just need to observant on your environment and take action on what you are going to do against such incidents.

What is unique about your approach to end gender based violence?

I approach design thinking as a way to bring solution. We have unavoidable problem, we don’t know who is going to be the next abuser or victim but we know in a way there is going to be an abuse. We should know it’s more of mental problem, financial crisis, socialization and child development and we should be ready for an honest conversation.

Approximately how many cases have you handled?

I have intervened in approximately 30 cases. I, however, don’t do this alone. Most often its education for empowerment. There are some cases that I refer to other organizations or authority to handle them.

What are the challenges that you face in your advocacy work?

First is becoming an enemy of the people for no good reason, because people say you are becoming noisy on their business when you are fighting for a right course. Then you can’t stand for someone who doesn’t want to be stood for or standing for people who can’t stand for themselves. The biggest problem is people think that you are doing it for money and they doubt your credibility. 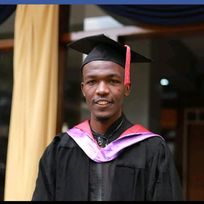 Have you received threats before?

I don’t intend to be a community messiah. I don’t go for all brutal cases, I also refer some cases to people who really don’t know each other and the case will be well taken care of, so it will be difficult for me to be an easy target as they don’t see me in their business. What they know is that I play a role behind the scenes. So at a no given time, have I been threatened.

In your opinion, why should the society care about gender based violence?

Gender based violence has mental effect to anyone who has been abused. If it is a student, they will lose their concentration in class and their performance will drop. This can lead to a community that is delusional; people who don’t believe and don’t have hope thus lacking a community with value and this will lead to a country with no development.

What legacy do you want to leave behind?

There will never be another Chinaman. I would only make a better version of someone from what he/she is best at rather than making them a reflection of me. In your own potential, I help you become better and best on whatever you are doing.

I always remind myself daily that if you believe you become.