Women adapt to changing climate using climate-smart techniques, but water remains a thorn in the flesh

Before Mary Mathule got together with her neighbours to form the Kikumini Muvao Farmers Self-Help Group in Makueni, in 2012, life was difficult.

“Getting money for food was a struggle and we often ate one unbalanced meal a day. It was either ugali or plain maize with black tea, in the evenings,” she recalls.

When she first moved to Muvao location as a newly-wed in 2003, she remembers it raining sufficiently twice a year. Over the years, however, the rainfall patterns changed and crop failure became the norm. Ms Mathule and her neighbours had to put more effort to reap a harvest.

While the climate hasn’t improved, their farming techniques have, since they formed the 17-member group and started practising climate-smart agriculture. Their livelihoods have also improved.

“We used to lose most of our crop as residue on the farm because of insufficient rain. Harvesting was a dream. We decided to do proper farming. Now, I have enough food and I am in agribusiness,” says Ms Mathule, who currently has cowpeas, beans and maize crop from improved drought-resistant seed on her farm. She also raises day-old chicks for sale and keeps dairy cattle for milk. 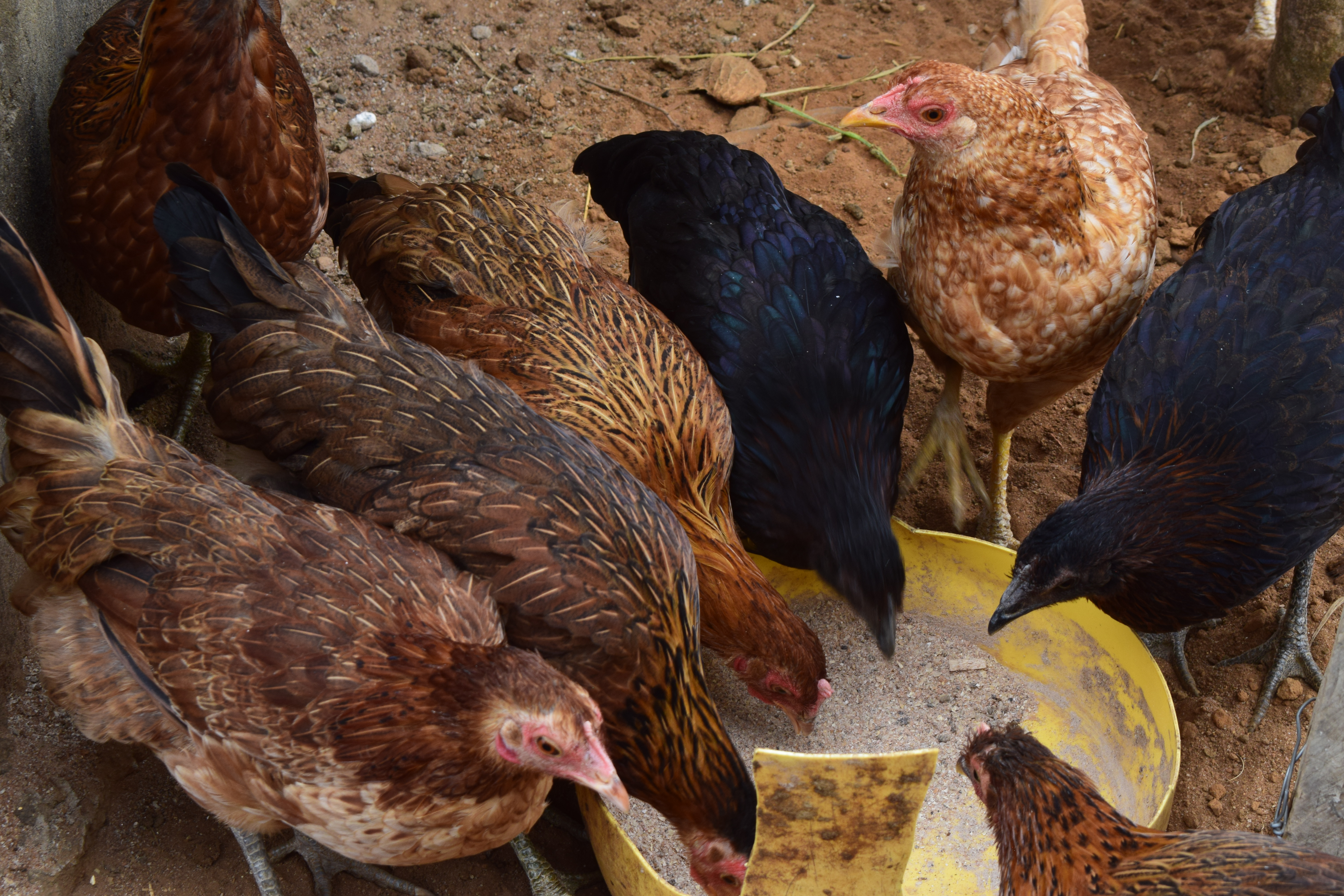 In addition to their individual farming, the Muvao farmer’s group also farm as a group on a one-and-a-quarter acre they bought together. They occasionally lease three acres too, whenever there is sufficient rain. They also rear chicken and run a general shop.

“This past season we didn’t lease farmland because we heard on the radio that there wouldn’t be sufficient rain, so we decided not to waste our money,” says Hellen, one of the members of the group.

“I started noticing the change in 2018 and by 2019, I became known as a serious chicken farmer,” says Ms Mathule, who adds that since they started practising climate smart agriculture, the survival of their crops has improved, especially in the reality of insufficient rains.

“In the group we learn about selecting drought-resilient seeds, fighting pests,  using fertiliser and manure and early planting and staying up to date with information on the weather as ways to adapt to the changed climate conditions,” says Hellen.

“When the climate changes, you also change as a farmer. That’s what smart agriculture is about,” says Ms Mathule.

With their village savings and loans association (VSLA), they have access to credit to fund their individual and group farming, as well as other needs like school fees. Last year, Ms Mathule used a loan and her dividends from the VSLA to add chicks to her poultry project.  Selling their poultry as a group also helps them fetch better prices than they would as individuals. 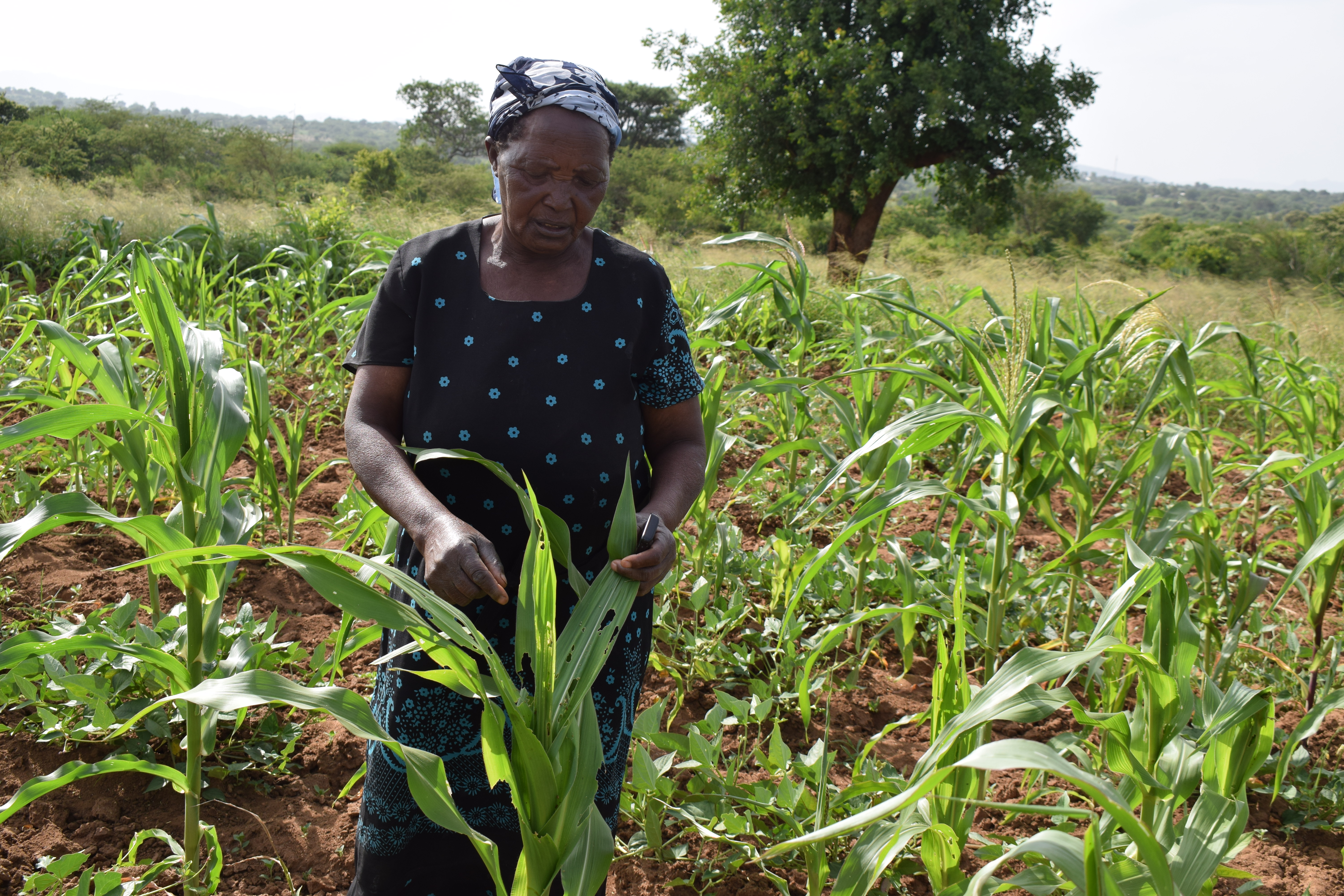 “The main challenge for farmers is that when you put money in the farm, you are not assured that you will get a return. Perhaps what you harvest will be just enough to cover costs. That’s why we must practise climate smart farming,” says Ms Mathule.

Some of the techniques the farmers are using are planting resilient seeds suitable for drylands, mulching, planting cover crops and ripping with tractors instead of ploughing, as part of conservation agriculture. They also practice crop rotation.

“When people complain of no harvest, you will not lack something to eat if you practise this type of agriculture. For pest control, monitor the crops early and spray that section if you find pests, to save the crop from infestation,” says Ms Mathule. 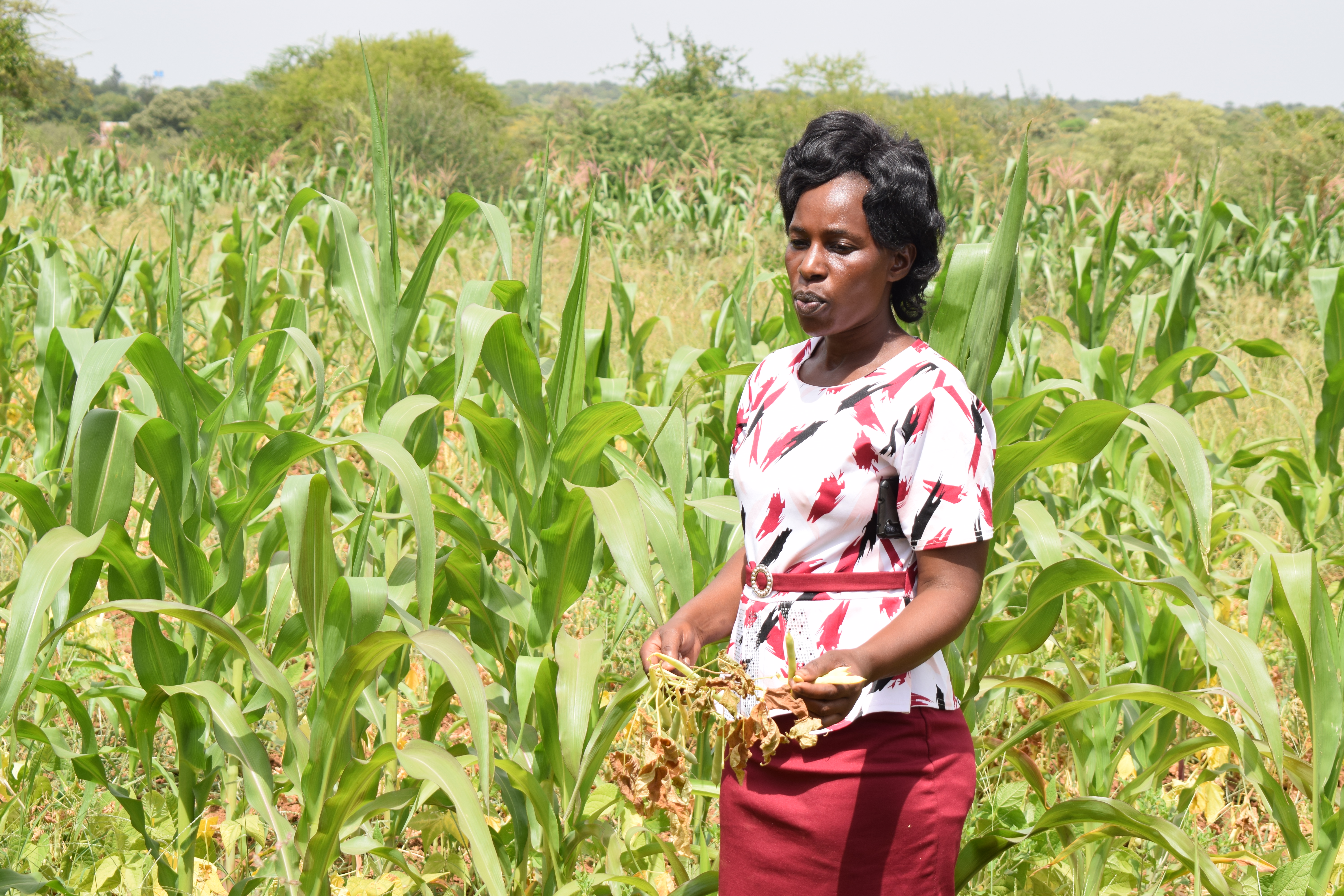 Even as they adapt to the changed weather patterns, Ms Mathule says that water remains a major challenge and suggests that digging farm ponds would be helpful as people can use that water for kitchen gardens to promote food sufficiency.

“We went to Tharaka Nithi and found it was even drier, but people had farm ponds which provided water for farming. When I came back home, I dug one, but within two weeks after the rain, the water had dried up, so I was advised to get a dam liner, but the cost of getting the dam done properly at Sh80,000 is rather high.”

For now, when the rains fail, the farmers rely on the community borehole about 10 kilometres away, or the community pond that is nearer home. They also buy water from neighbours with ponds.

In the neighbouring Sinai village, where Elizabeth Mutisya leads a 42-member group of farmers, the members bought two hens and a cock for each person, through table banking, to produce eggs for their consumption.

Ms Mutisya has learnt to plant drought-resilient cereals like cow peas and green grams, which  withstand the changing weather better. Like the other women farmers, she says that water is still a challenge for most farmers.

“What people need are dams so that if it rains they can collect water for vegetables because it has become harder to rely on rain-fed agriculture,” says Ms Mutisya, who had a farm pond dug just before the previous rain season in October.